Day trip to Avila and Segovia from Madrid

On this excursion from Madrid to Ávila and Segovia, discover the most important monuments in these two cities, both of which have been declared World Heritage Sites by UNESCO.

We will begin our excursion by travelling the nearly 100 kilometres that separate Ávila from the Spanish capital.

The great walls of Avila, its main attraction, will be the first thing we see upon arriving at the city. These walls are from the 11th century and are up to 12 metres tall and 3 metres wide, surrounding the city’s old downtown area. They’ll accompany us throughout most of our visit to the city. 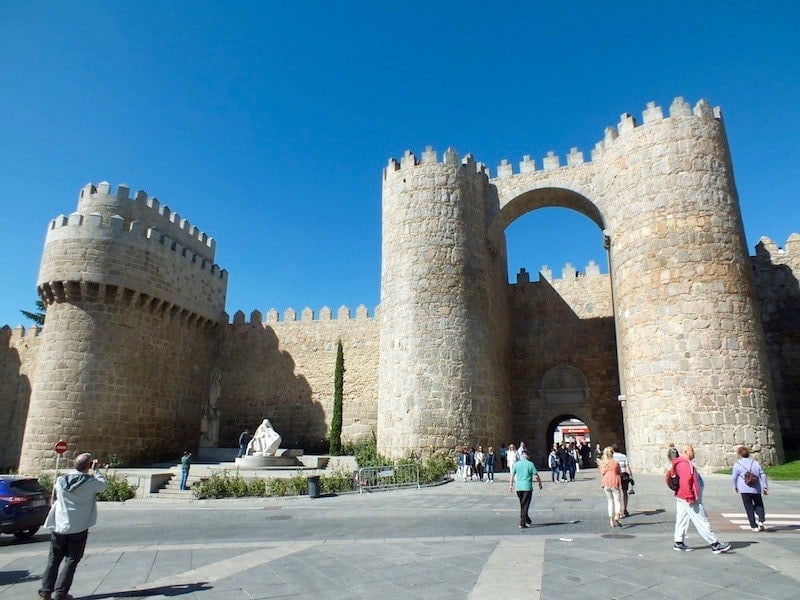 We will have a more complete perspective of this great wall, 2 kilometres in length and containing 90 towers and 9 access gates, from the Four Columns Lookout. From this location, we will understand why this is considered the best-preserved medieval wall in Europe. 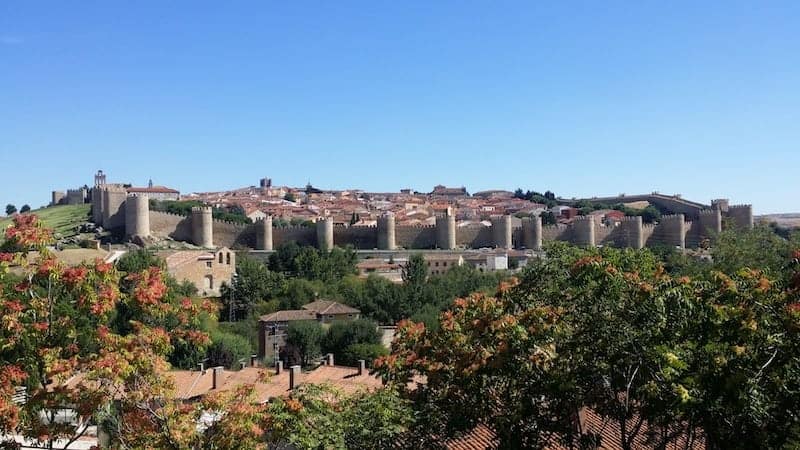 Inside the city, many other surprises await us. During our route, we will encounter numerous palaces of the city’s ancient nobles, like the Davila Palace, Bracomonte Palace, Núñez Vela Palace or the Velada House. 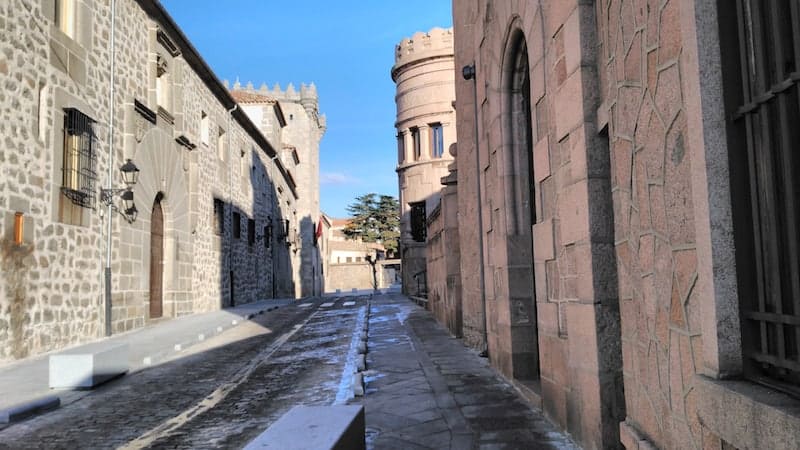 The walking tour of Avila will take us to the heart of the city, the Plaza Mayor (Main Square) located between the Town Hall and the Church of San Juan, where the most illustrious person from this city was baptized: Saint Teresa of Avila. 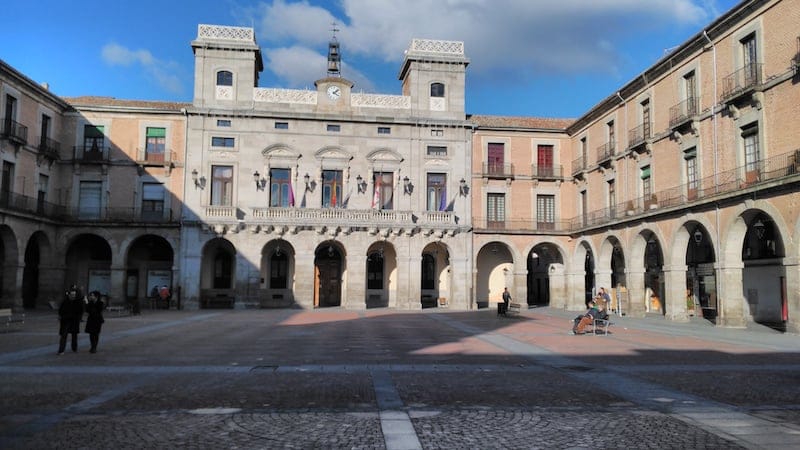 We will also get to know the Church of Saint Teresa of Avila, built over the old family home where this saint lived until joining the convent. Inside, we can observe her old bedroom within the chapel. 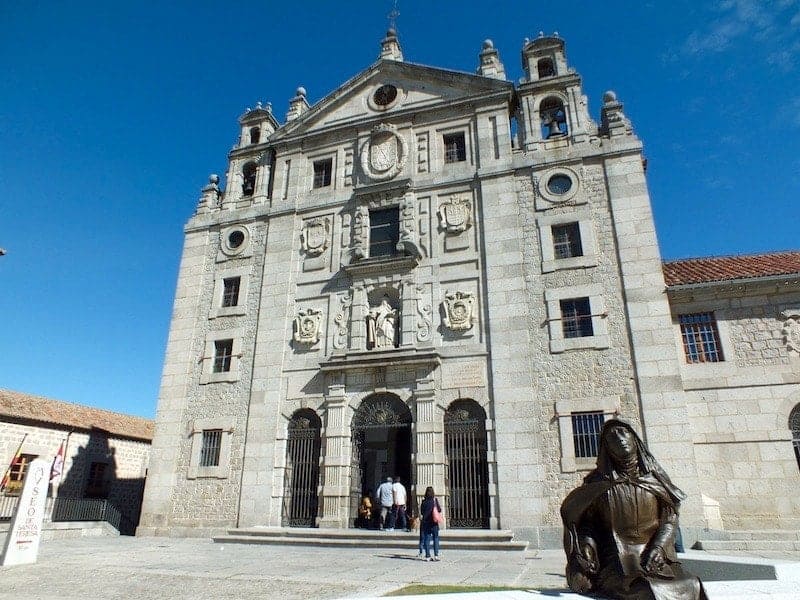 We will finish our excursion through Avila by visiting the Basilica de San Vincente, a Roman church from the 12th century, declared a National Heritage site and considered one of the greatest churches of its time in Spain. Inside, we will see its most precious jewel, its polychromatic stone cenotaph in a perfect state of conservation, considered a masterpiece of Roman sculpture in Spain. 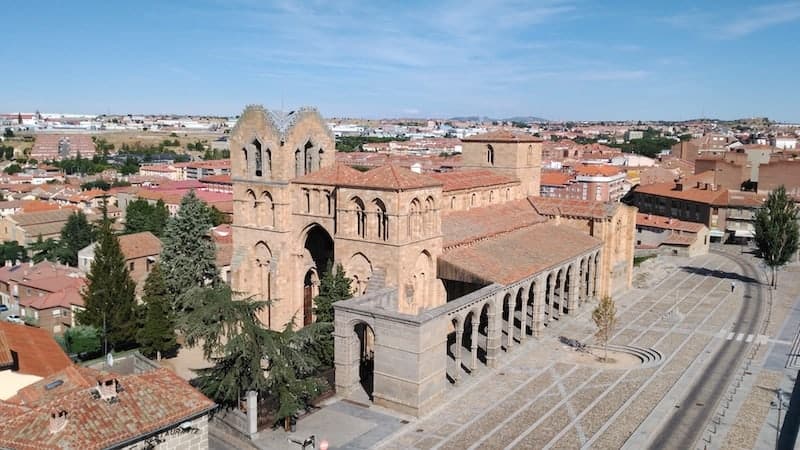 The second part of our tour will take us to Segovia. We will travel for barely more than an hour to arrive there from Ávila.

As soon as we arrive in Segovia, we will encounter the first of the city’s three great treasures: the aqueduct. Built during the Roman period in the second century, the aqueduct provided the city with water from the Guadarrama mountains, 15 kilometres from the city.

What we will see during our visit to Segovia is the most visible part of the Aqueduct of Segovia, more than 800 metres in length and more than 28 metres tall. Apart from the size of this monument, it is impressive to know that it was built with rock upon rock, without any type of mortar. 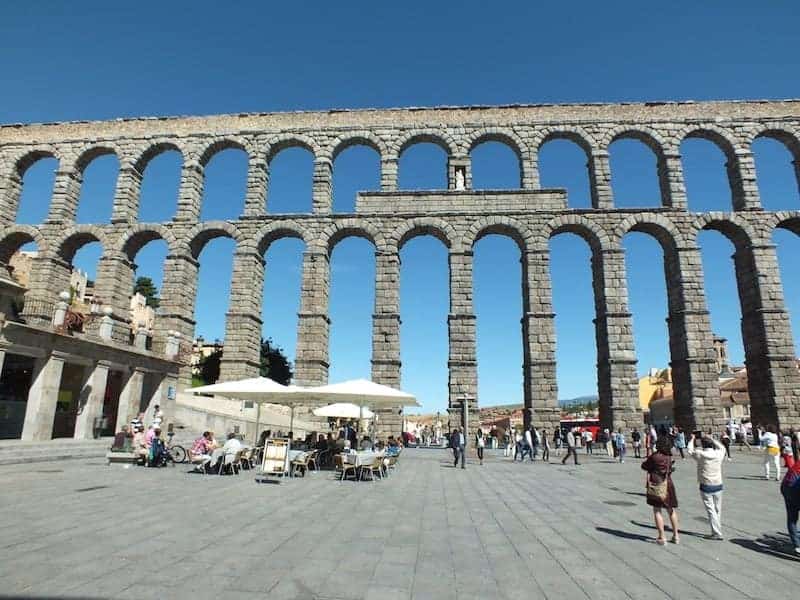 Before we continue with our route, we will give you free time to eat, for which we offer various options. You can reserve one of these two typical menus when making your tour reservation. 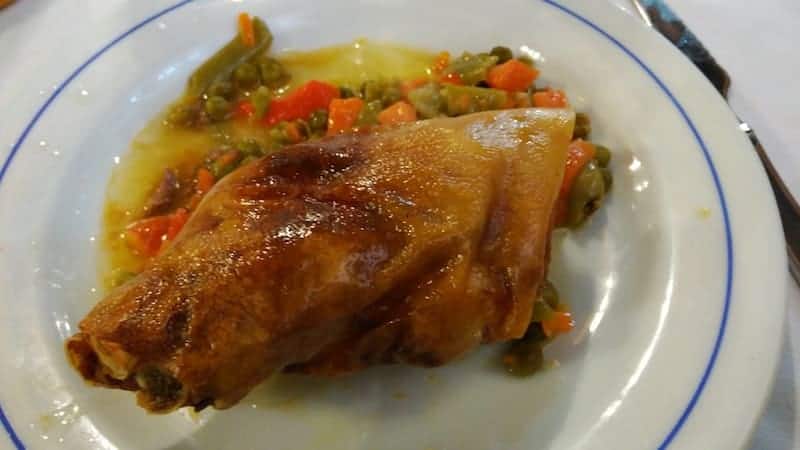 Or you can have luch on your own at any restaurant in the area, including Segovia’s most famous restaurants, Mesón Cándido and Casa Duque. 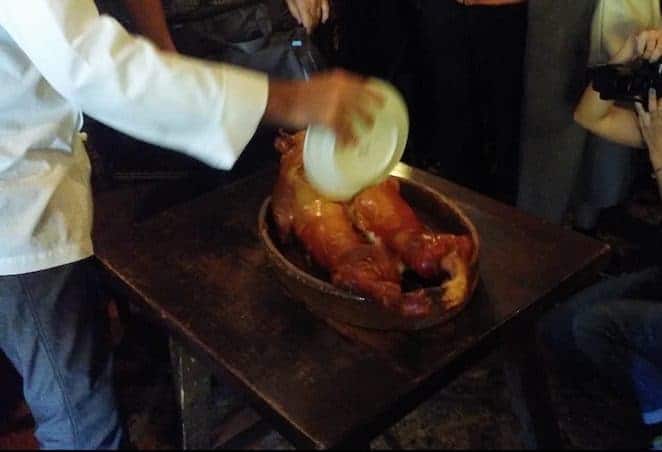 After eating, we will find ourselves in front of the entrance to the Cathedral of Segovia, the city’s second great attraction. This temple, the full name of which is the Cathedral of Our Lady of the Assumption and Saint Fructus, was built between the 16th and 18th centuries and represents the final example of a gothic cathedral in Spain. 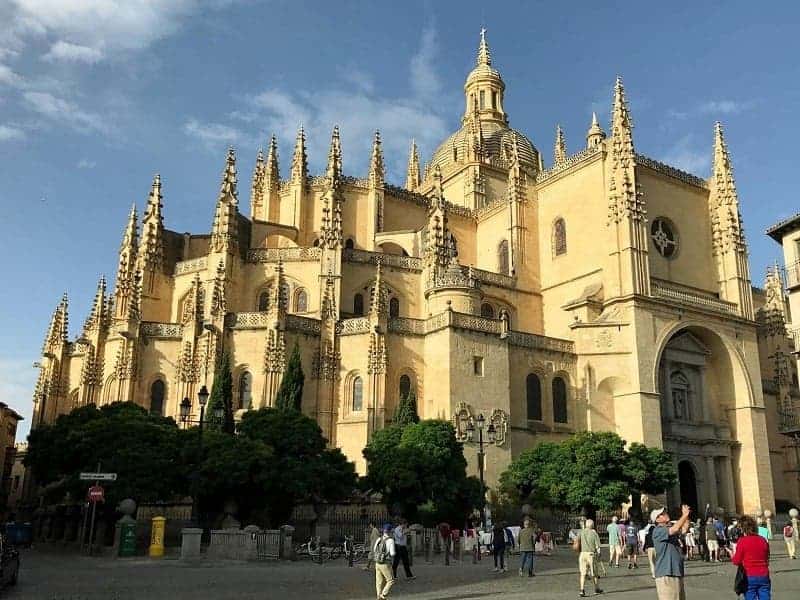 Upon entering the cathedral, you will be surprised by the beauty of the choir stalls, the high altar, the organs and various chapels. 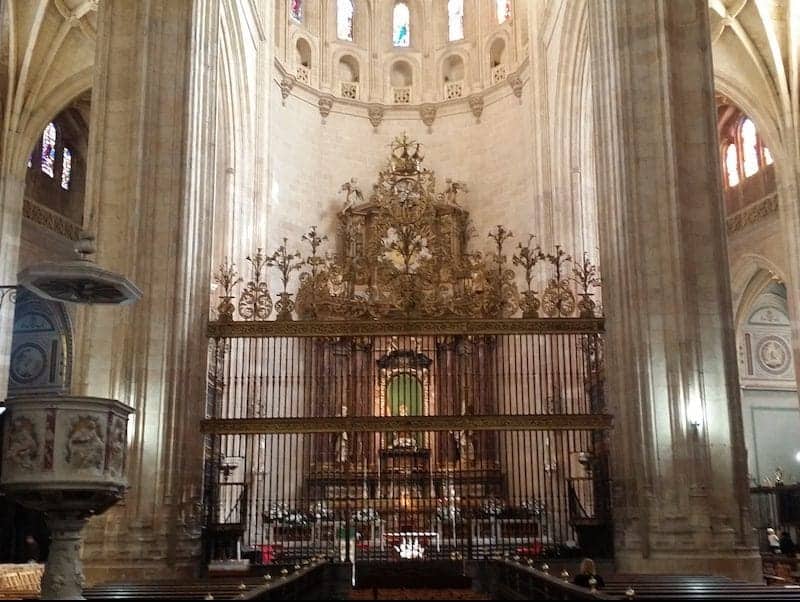 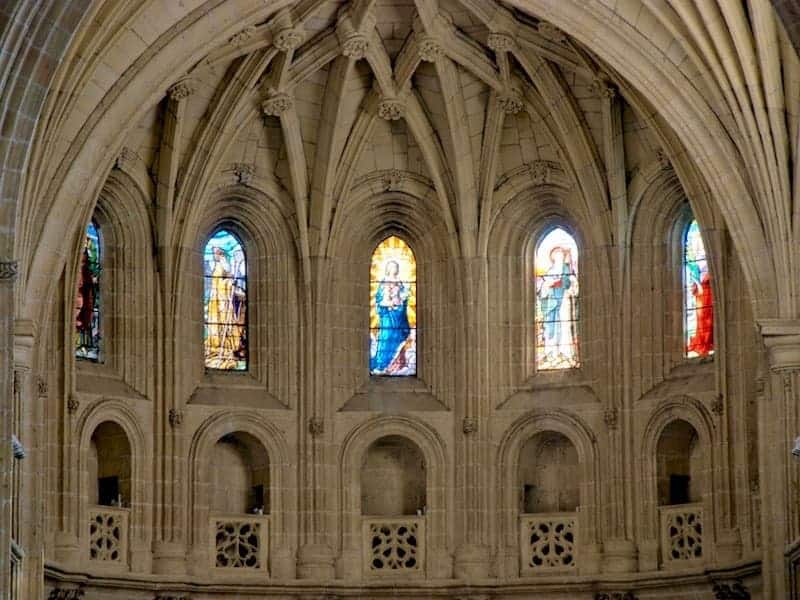 We will finish our excursion with a visit to the third great symbol of the city: the Alcazar of Segovia. Perhaps it will remind you of the castle in Snow White, since it was inspired by this fortress. 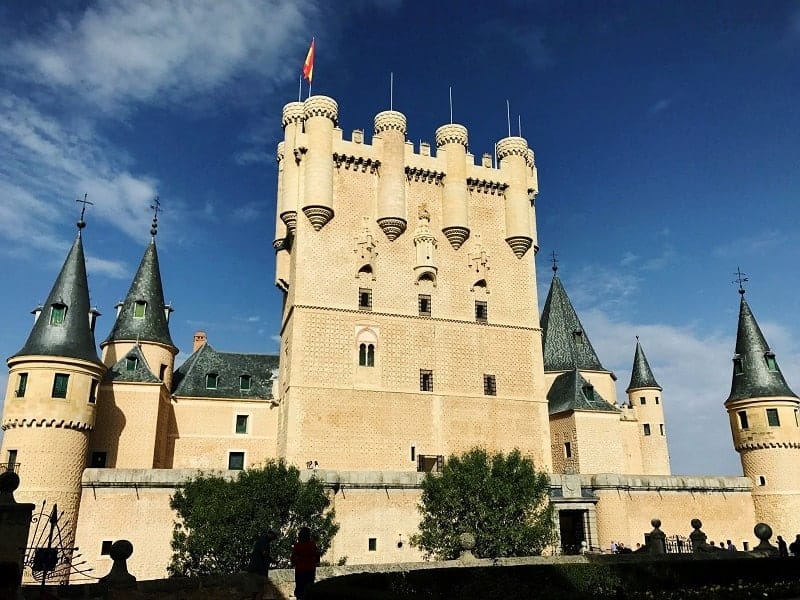 The Alcazar was home to many Castilian kings, including the Catholic Monarchs. We will be able to visit some of its rooms, like the Throne Room, the Hall of Kings, the Armory or the Royal Chamber. 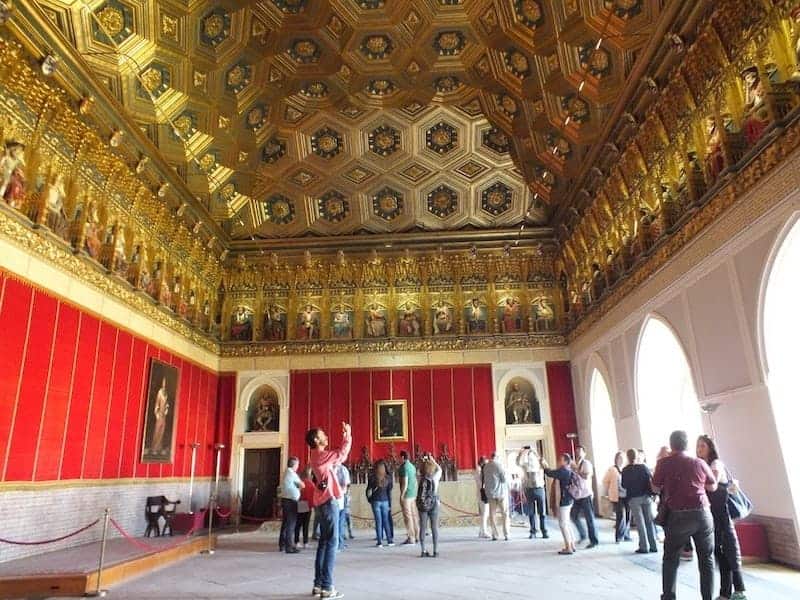 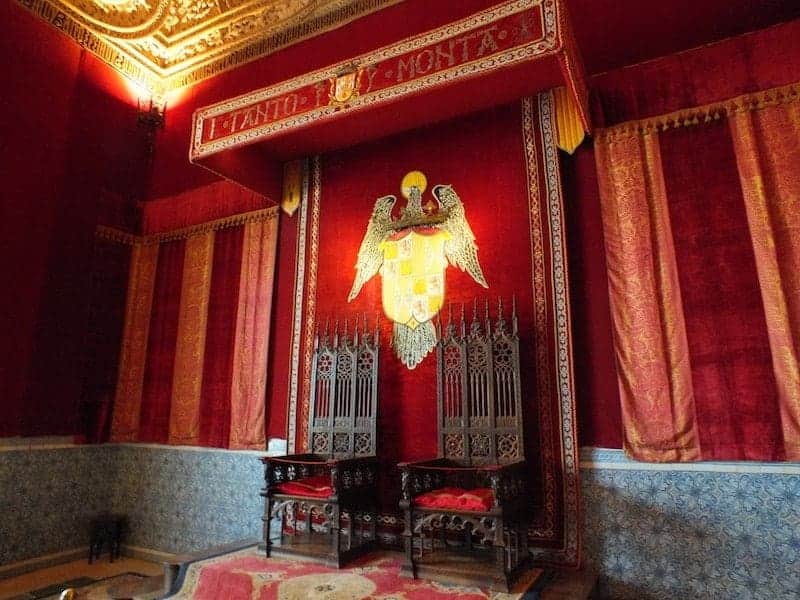 This monument will be the finale of our tour to Ávila and Segovia. We hope that you return to Madrid with memories of some spectacular monuments known for their beauty and history, which will undoubtedly remain in your memory for the rest of your life.

Notes: The bus is not suitable for wheelchairs

Rated /5 based on customer reviews 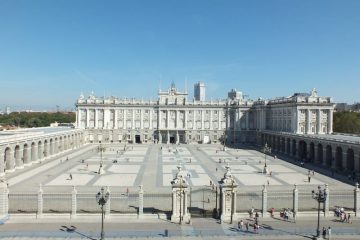 Discover the immense heritage of this historic 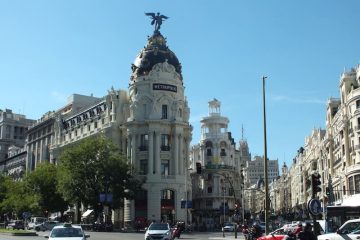 In a comfortable fashion and in less

From April to October: Every day.
From November to March: Tuesday, Thursday, Saturday and Sunday 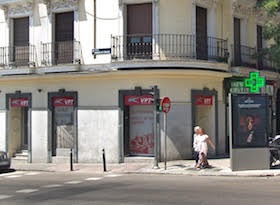 NOT INCLUDED
Lunch (optional)
Beverages
Other services not specified above