El Retiro Park occupies 118 hectares in the centre of Madrid and is a true lung for the capital. But in addition to its natural value, it is an important tourist attraction thanks to its history and the art that it treasures. 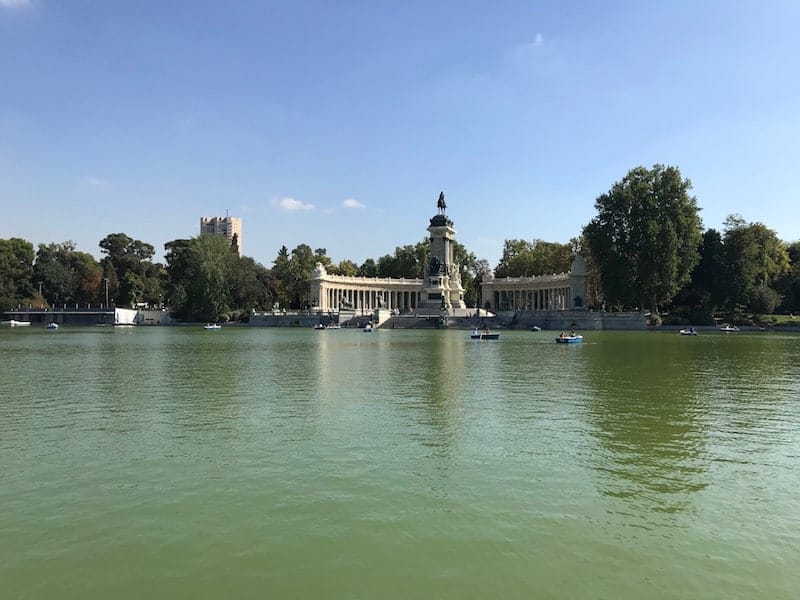 Its origins date back to the 17th century, when the Palacio del Buen Retiro (Palace of the Pleasant Retreat) was built here under the government of Felipe IV. Clearly, today its appearance is very different since it is a public park. But memories of the royal buildings still remain, such as Casón del Buen Retiro. 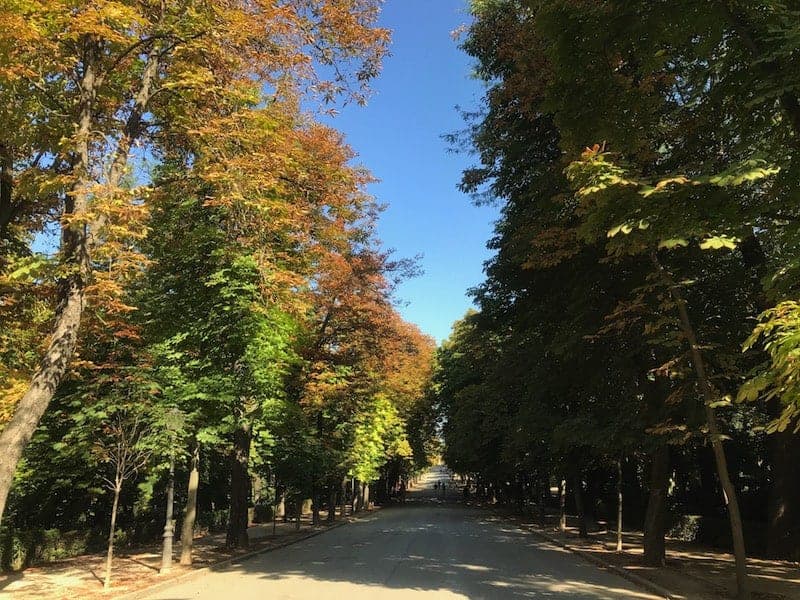 El Retiro Park offers very attractive tours, such as the Statute Walk, where sculptures of the Spanish monarchs can be seen, which were thought to first decorate the cornices of the Royal Palace but were finally installed here. 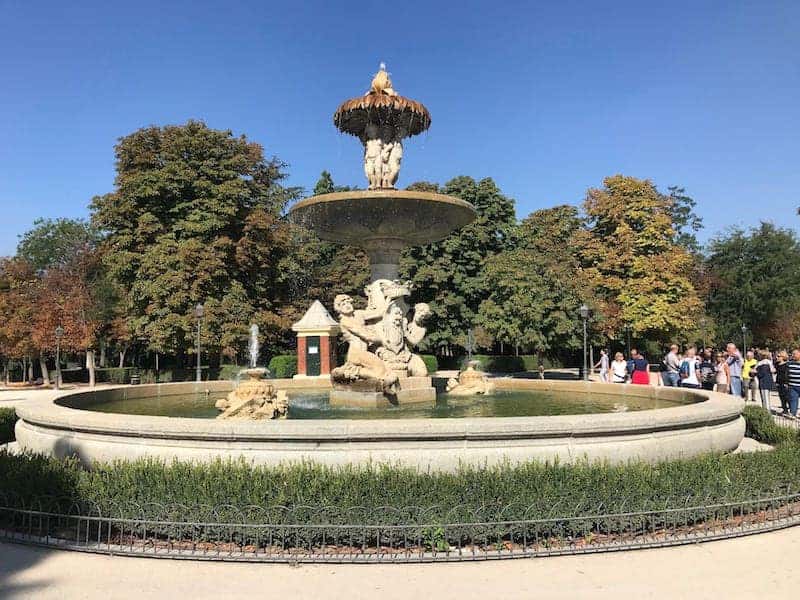 There is also a sculpture of Alfonso XII that practically occupies the centre of the park, where the famous Retiro pond, one of the park’s most common images, is located. However, not all of the park’s monuments represent monarchs. There are also sculptures in homage to Santiago Ramón and Cajal or to Benito Pérez Galdós. There is even one of the most well-known sculptures of the devil, called the Monument to the Fallen Angel

However, in addition the historical and artistic value of the Retiro, its beauty lies in the different landscaping it has, such as the area of La Rosaleda or the eight kilometres of Senda Botánica where up to 80 different species of trees can be found. 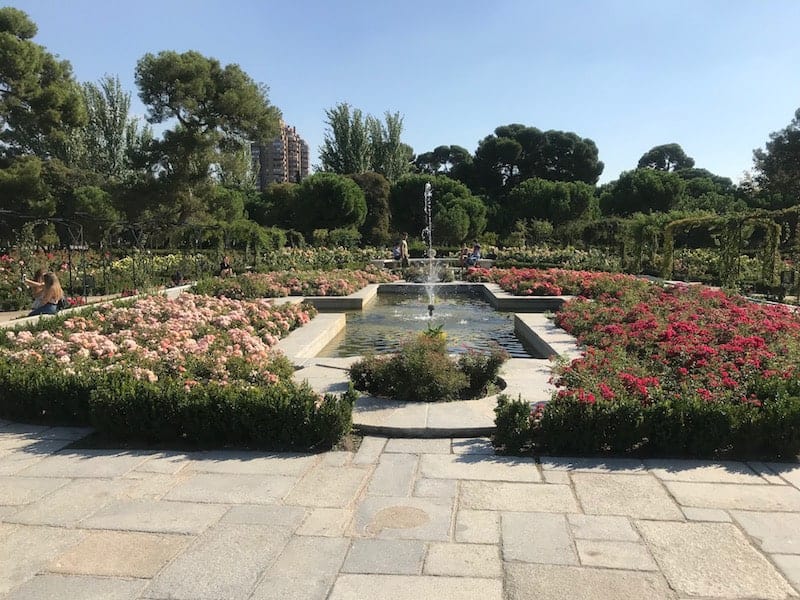 In terms of monuments, there are three that stand out. One of them is Puerta de España, which leads to the Path of the Statues and from there to the central pond. 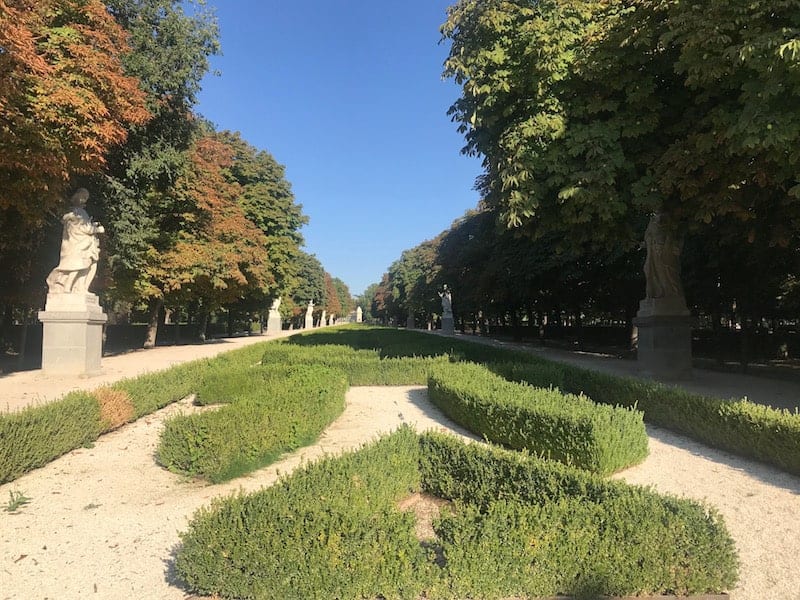 Another attraction is Alcachofa Fountain, the work of Ventura Rodríguez, near Puerta de Atocha.

And finally, the Crystal Palace, which was built in 1887 as a magnificent greenhouse, and which has now been converted into a room for temporary art exhibitions. 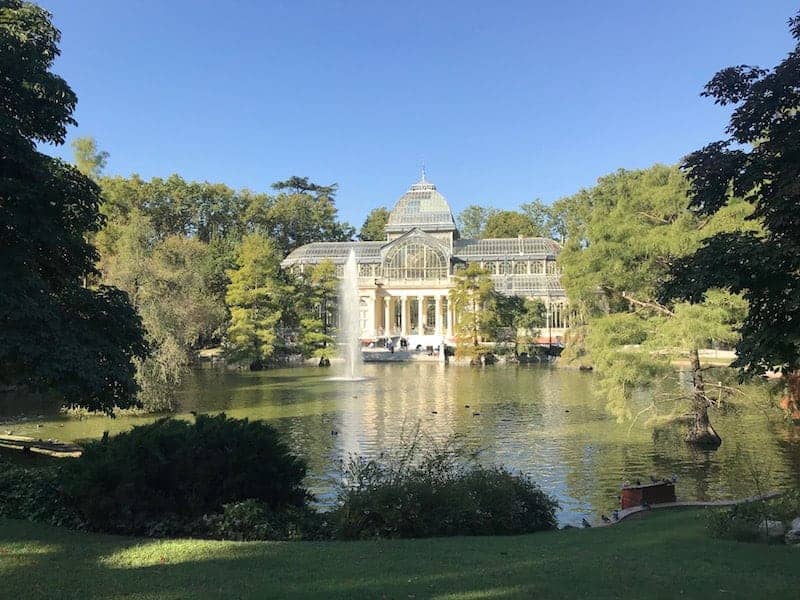