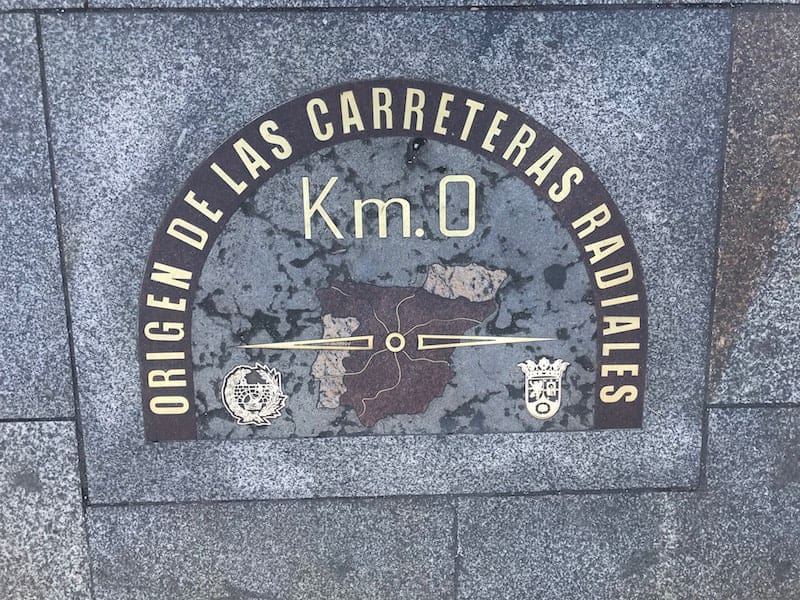 In this entire urban complex, its oldest building is found on one of the long signs of the plaza. It is Casa de Correos, built between 1766 and 1768, and the famous clock, whose chimes announce the New Year, was added in the 19th century. 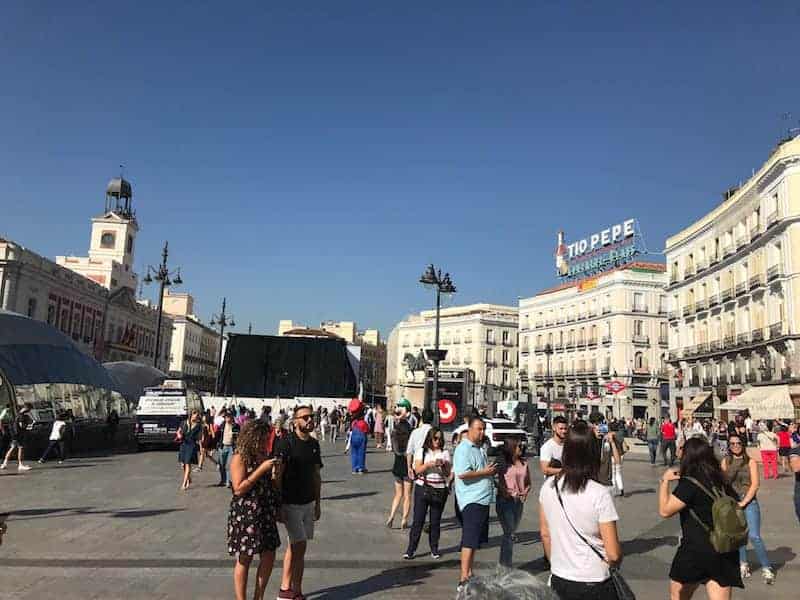 The origin of Puerta del Sol dates back to the 15th century, when there had been an entrance to the historic city centre. That gate was facing east and had a sun on it, hence its current name. It is a space charged with history in the Spanish capital.

For example, legendary writers from the Golden Age would gather here, and Goya’s painting of The Charge of the Mamelukes, also known as The Second of May 1808, was set here as well.

In short, Puerta del Sol is an area of Madrid that is full of symbolism, so it’s logical that the Statue of the Bear and the Strawberry Tree can also be found here on the capital’s coat of arms. 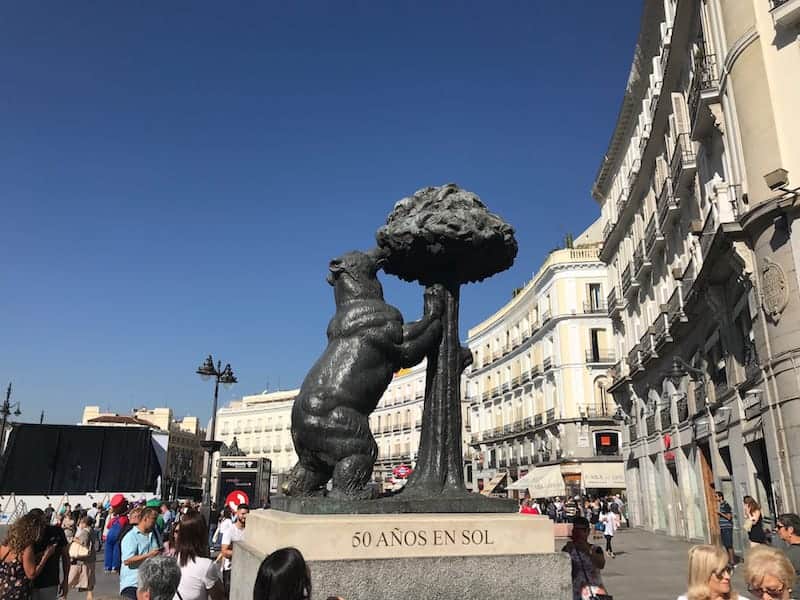 And by popular vote, a sculpture was also installed in Puerta del Sol of King Carlos III, who is considered the best ruler throughout the city’s history. 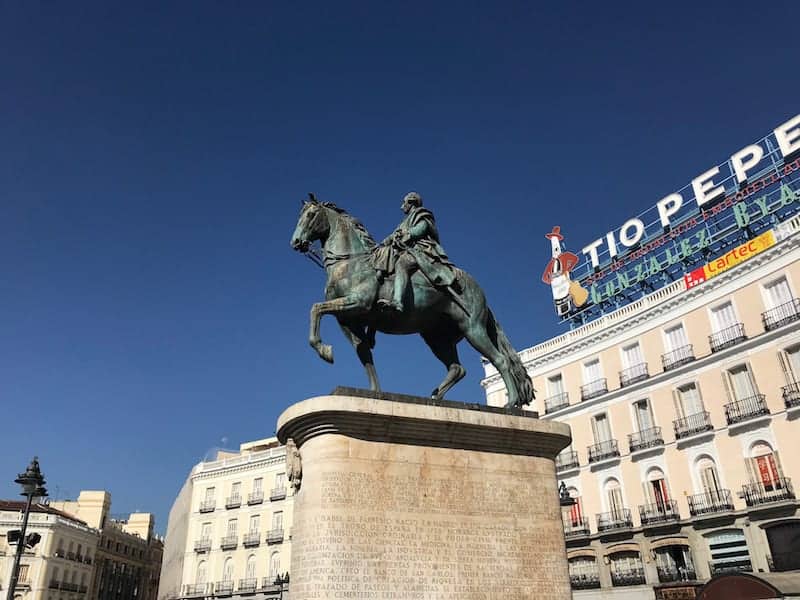 Puerta del Sol is a must-see place in Madrid. It is a great node of communication of some of the main streets in the historic centre, like Calle Mayor, Alcalá, Carrera de San Jerónimo and Preciados. Therefore, it’s one of the quintessential shopping districts in the capital and the common meeting point for locals and visitors alike.